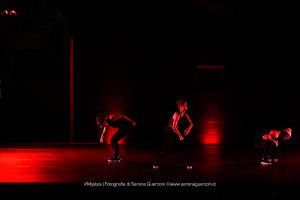 Jane Llaha in 2004 began her career in dance at the Florence Dance Center in Florence.

She immediately approached classical and modern dance studying with Paola De Fazio until 2007.

With the aim of learning as many things as possible in dance, in 2011 he decided to start Hip Hop with the choreographer teacher Gigi Nieddu.

In 2012 she worked as a trainees for three years in Florence Dance Company  under the artistic direction of Marga Nativo and Keith Ferrone, participating in numerous events in very important places in Florence such as Palazzo Vecchio, Palazzo Pitti, Galleria delle belle Arti and National Museum of Bargello. 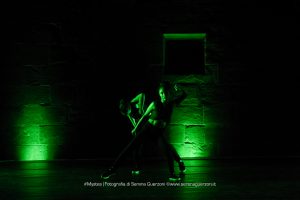 In 2012 the company joins  Mystes di Gigi Nieddu, thus beginning a long process of growth on stage, participating in numerous festivals and competitions.

In the same year until 2017 Mystes are included in the Florence Dance Festival program organized in the Bargello National Museum.

In 2015 he won the 3rd Senior soloists classification in the choreographic competition “Ballet-ex” by Luisa Signorelli.

In June 2016, he completed his professional training course with the award of a diploma awarded by Silvia Poletti, Elsa de Fanti and Geoffrey Cauley.

In September 2016, she moved to Rome to attend a course of further education at the headquarters of DAF dance arts faculty, studying Ballet with Cristina Amodio and Emiliano Piccoli, contemporary with Mauro Astolfi, Alessandra Chirulli and Beatrice Bodini. 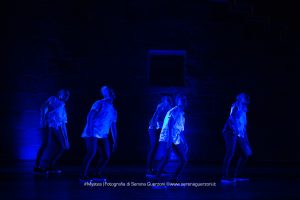 September 19,2017 participates with Mystes company in the event promoted by the Uffizi Gallery of Florence: “Uffizi live 2017”.

In July 2017 she participates in an intensive workshop organized by Festival Agitart of Figueres in Spagna, deepening the study of Floorwork and Dance Theatre with Guy Nader, Èlia Lopez, Tomislav English, Joan Cleville and Sharon Fridman.