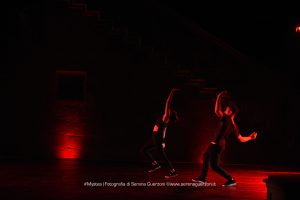 Neri Bonciani approaches dance for the first time at the age of 7 years, attending a course of Funky and Hip Hop at the PVM (Fiesole) headquarters.

His continuing training is when he decides to enrol in the Dance Studio (Florence); here he meets Gigi Nieddu, his new style Hip Hop teacher, but also Lela Viani, thanks to whom he studies Popping and Locking.

Once he began his university studies, Neri moved to Lyon (France) for a year.

It will be here that he will continue his artistic training by enrolling in the school “Hip Hop Lyon”, characterized by choreographed Hip Hop teachers but of very different styles (Gyom Demba of the company “Aircompagnie“, Alfreda Nabo of Zamounda Crew and David Imbert Assistant of Meech).

In the living room in France he is able to study contemporary dance with Bastien Cambon, dancer of the Teatro Stabile di Aosta.

In his career Neri has also followed internships and courses of internationally renowned teachers such as Caterina Felicioni, Mr. Wiggles, Paolo Aloise, Moreno Mostarda, Daniele Baldi, Luca Lo Iacono, the latter four present at the IDA course for professional teachers; in Lyon he has the good fortune to follow internships of Brian Green and Celso Boog.
Thanks to the YO Festival in Rome, he comes into contact with Linda La Naija, an American housedancer, and Joseph Go.

In 2015, Neri began teaching Hip Hop new style at Dance Studio (Florence) and enriched the course as a teacher in 2017 when he was assigned two courses at the Sancat headquarters (Florence).

In 2010, Gigi Nieddu includes him in his company Mystes. 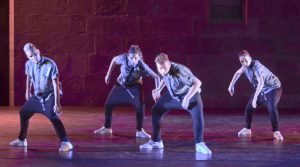 In 2016, in Lyon, he decided to accept the choreographic duo project of the dancer Delphine Morel, thus giving life to the company “Fily’z OK”.

Neri does not pull back in front of activities or initiatives that regard dance, for this was dancer for the brass band Hip Hop Hop band “Radio Kaizman” , animator/baller for InVibe Viaggi Evento s. r. l. and dancer for MTVup – Club on tour.